Mickey, Luke, McQueen and Charlie are billion dollar brands. They’re characters who generate billions of dollars in retail sales. Pick the right one and it can be a winning formula for increasing your sales.

What makes a character property a licensing success? There is no specific formula, but there are a number of characteristics that can make it a successful property.

Exposure is one of the most important things that makes a character licenseable. Movies and TV shows are concentrated marketing that exposes the characters to millions of viewers. It drives the potential for big merchandise hit because these forms of media generate significant consumer exposure. The internet and digital technologies such as virtual worlds, online games, apps and social media sites offer options to traditional media for creating market recognition.

The viewer needs to have an emotional connection with the character. They are able to create a bond between themselves and the character. A good example of this is Snoopy. People relate to his alter egos and hidden talents, or Homer Simpson and how he struggles with mid-male-life.

Does the character share an interest with the viewer? This could range from planes and trains to fashion and make-up. The character itself can even become the object of association – for example, people who like cute/whimsical may be drawn to licensed characters such as Miffy, or kids who like trains are attracted to Thomas.

It really helps if the character is loveable, nice and witty – all the same reasons why you may choose to be friends with a person. Successful characters such as Winnie the Pooh is crying out to be loved, which is its main appeal.

While nothing is a sure thing, keeping these characteristics in mind when licensing a character property offers the best possibility for success at retail.

Free E-Course: 7 Ways to Build Your Business with Licensing

Licensing rights to an IP, especially valuable ones, is a short cut to tapping new markets and customers. You can increase your revenues and reduce your time to market. A well-known IP reduces your advertising costs and lets you focus your resources on selling.

During this e-course, you’ll learn about 7 ways you can use licensing to build and expand your business. You’ll find out how to use it to launch new products, create revenues, get financing, start a new business, stand out from the competition and much more. 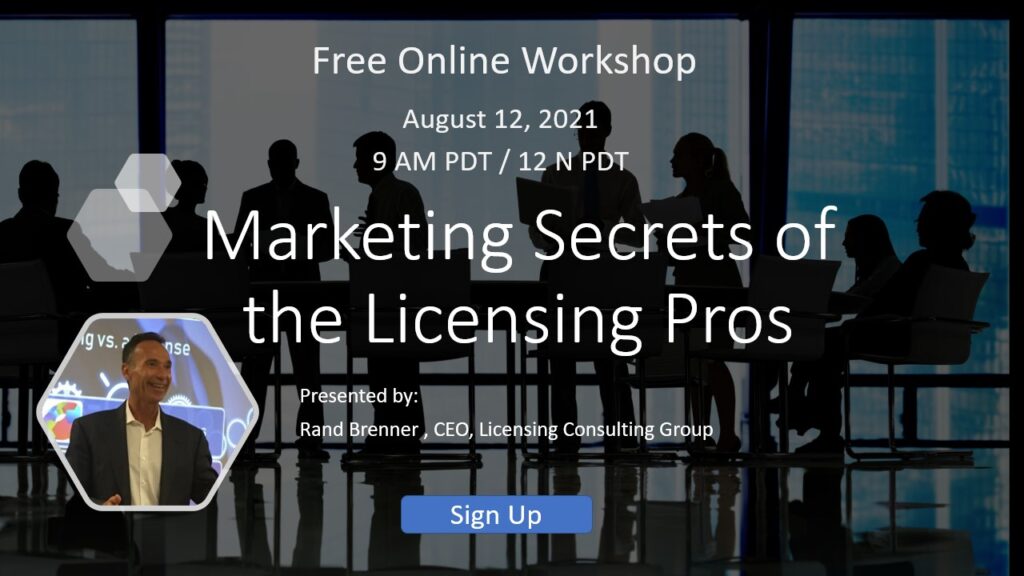