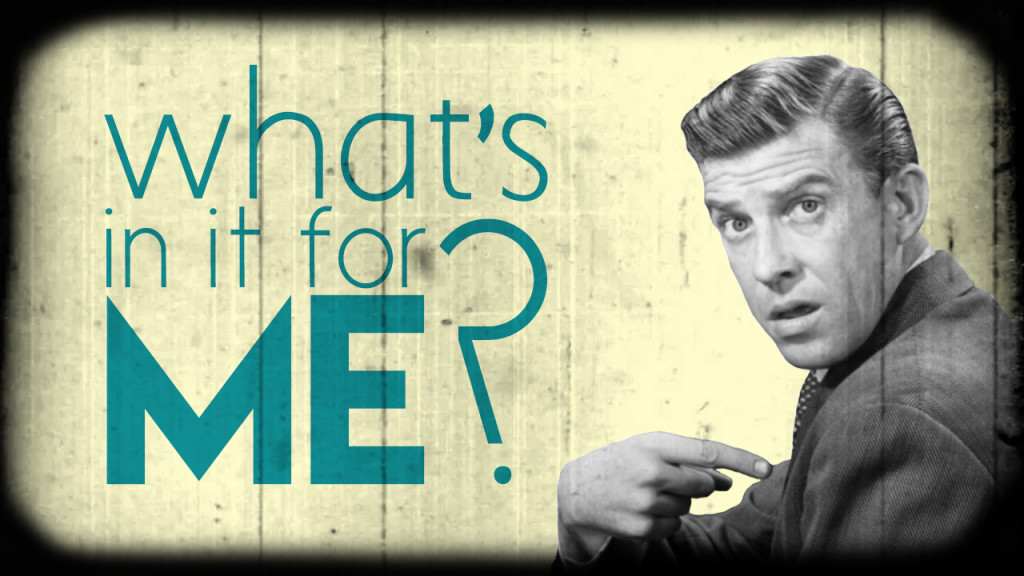 The first thing many IP owners think of when trying to make money with their IP is “What’s in it for me”? How much can I charge? I want to get paid upfront. That’s the wrong mindset.

Many inventors I meet think that they will get money upfront. This happens rarely if at all. Most companies will license inventions in exchange for royalties from future sales. They may give you money against future royalties, but this is also rare.

However, you may be able to become an outside consultant for the company – helping it develop your invention further. In doing so, the company will pay you a consulting fee. If you end up with a lucrative long term royalty – you can monetize it and get money now, rather than later.

If you approach licensing with the “What’s in it for me” mindset, you’re failing to understand the #1 rule of licensing: “licensees buy ‘MONEY’ – NOT intellectual property. Their main concern is whether your IP is worth the risk to make, market, and sell. To successfully license your IP, a potential licensee must feel your IP is worth the risk they take to commercialize it.

Big kid’s entertainment properties are prime examples of how market action triggers value. Some of the biggest kids entertainment brands became licensing juggernaut overnight. The action that triggered it was exposure to the kid’s audience on television or the big screen. Suddenly it went from an unknown character with little value, to a money-making machine.

Many of the licensees who got on board early paid a lower price because the value of the property was unknown, and the big risk was whether license products would sell at retail. Once these characters became big hits, the value skyrocketed and the price to get a license went from single to double-digit royalty rates, and from thousands to millions of dollars in minimum guarantees.

While a patent does help to create value, the patent alone doesn’t make the invention valuable. What makes it valuable is its commercial viability…that it works, and either increases sales or reduces costs. If nobody wants your invention, then it’s patent protection is pointless. Patenting an invention that nobody wants to buy or license is like building an expensive security system and installing an 8-foot barbed wire fence around a rundown shanty in the middle of the Mojave Desert. You feel safe, but nobody really wants to break into your shanty in the first place.

2 thoughts on “Are You Trying to License Your IP with the “What In It For Me” Mindset?”