One of the first rules of negotiating a licensing deal is patience. Some deals move quickly, while others can fall into a black hole and never get completed. 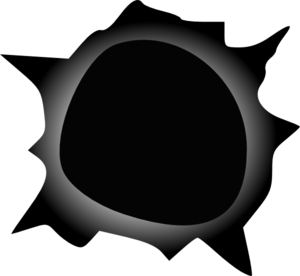 The timing is dependent on so many variables, such as the type of IP, the parties involved, what rights are being licensed, whether it has to go through multiple departments, and the complexity of the licensing agreement, just to name a few. I’ve negotiated licensing deals in as little as two weeks. In other cases, it took two years to finish negotiating the licensing agreement.

There’s the people factor to consider. I’ve worked on licensing deals where we started off with someone in marketing, only to find out months later they left the company. When this happens, you can wind up starting over with the new person. In another case, the company reorganizes and moves licensing to a different person, division or county. Then there are meetings, vacations, sick days and holidays all of which add time to completing the licensing deal.

If your IP is complex, such as a new cooking process that revolutionizes the fast food industry, it’s going to take longer to close. This is true whether you’re license out your intellectual property or you’re negotiating to get rights to someone else’s IP.

I’ve been in many negotiations in which there hasn’t been a response for months from the licensor. In one case, I was negotiating with the one of the big studios. It was an international license, which further complicated the negotiations since they had to run the deal by other divisions in the different territories. It was a painfully slow process but the key to getting the deal closed was diligently following up weekly to make sure they didn’t drop the ball.

Generally, the only way you can use time urgency to close a licensing deal faster is with a competing offer, it’s event driven (such as a movie release), or there’s only a short window of opportunity in the market.

Negotiations take time. Sometimes they move quickly, other times it can take months or years. Your licensing deal is only one of many tasks your licensing partner is managing. You can avoid falling into the negotiating black hole by following-up, responding in a timely manner and making sure all your deal terms are clearly spelled out in the licensing agreement.