Don’t wait until it’s too late before getting help with your IP strategy. When you do it yourself, it’s hard to recognize if you’re on the wrong path. By the time you do, the wrong IP strategy (or lack of strategy) costs you time, money and resources. 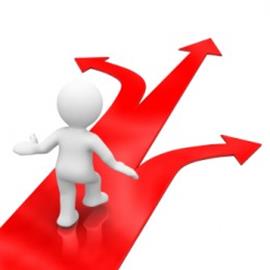 Trying to license your IP without a plan of action is like steering a boat without any navigational charts. You start in one direction, don’t get anywhere, then suddenly change course, but never get to where you want to go. The likelihood of your success without professional licensing advice and an IP strategy is comparable to learning how to sail without an experienced instructor and no navigational charts.

It’s not impossible, but the risks are greater and success is much less likely. The lack of knowledge and experience that hampered you before will more than likely continue to hamper you unless you do something different.

I often speak with new inventors who have tried to start a business around their IP, wind up running out of money, and then fall back to the licensing route. In one case, the inventor created a new zipper technology and spent all his money filing for patents and developing prototypes. Then he tried licensing it to companies he thought would be interested in using it on their products. But he wasn’t successful because all he was doing was throwing his IP against the “licensing wall” hoping something would stick. He spent years doing the same thing over and over only to wind up back where he started – a great IP with no money and resources to get it into the market.

You’re bombarded by a stockpile of things to do, but not taking the time to think strategically about your IP is a luxury you don’t have. A key question to answer is whether your current strategy is taking you closer or further from your goal. If the answer is “I don’t know”, then you’re likely headed down the wrong path.